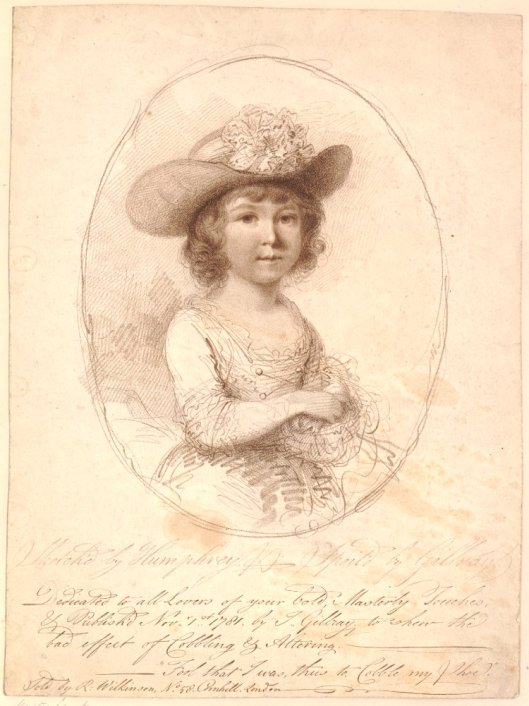 Living as we do in the post-deferential era of Facebook, Instagram and Twitter, it’s perhaps hard for us to appreciate the comparatively confined sociability of our eighteenth-century forebears. This was a time in which personal relationships were heavily defined by considerations of class, kinship and commerce. Outsiders lacking an existing contact to provide them with an introduction to a particular club or group of people would find it extremely difficult to make new acquaintances on their own. The Yorkshire landowner Godfrey Boswell loved visiting London during the 1760s and had the time, money and inclination to visit its pleasure gardens, coffee shops and theatres, but bemoaned the fact that it was all

…but a public life in appearance, for everybodys [sic] conversation is in a manner confined within the compass of a few particular acquaintance[s]. The Nobility hold themselves uncontaminated with the Commons. You seldom see a Lord and a private Gentleman together… An American that saw a Regiment of Footmen drawn up might think the officers and soldiers mighty sociable. Just so is the company [here], all together and all distinct. [1].

Satirical printshops were not only part of this world in the sense that they acted as venues for social interaction, they also helped reinforce it by allowing customers to design and publish prints exclusively for themselves and their friends. The husband and wife team Matthew and Mary Darly frequently advertised the fact that “Gentlemen and Ladies may have any Sketch or Fancy of their own, engraved, etched &c. with the utmost Despatch and Secrecy.” and frequently staged exhibitions in which the works of amateur satirists appeared alongside those of more professional artists. Similarly, Samuel Fores appended the notice “Gentlemens Designs Executed gratis” to his publication line during the early part of his career as a stationer and satirical printseller. [2].

The practice of vanity publishing has led to the survival of a number of prints that were clearly intended for a small market and which often relate to the sharing of a private joke amongst friends. A nice example of this can be found in this little known 1781 portrait study by James Gillray It was engraved after a drawing of the young William Lamb (later Lord Melbourne and Queen Victoria’s first Prime Minister) by George Humphrey. Gillray was evidently dissatisfied with his interpretation of the original image and paid to have it published by the printseller Robert Wilkinson (for whom he also engraved a handful of caricatures between 1779 and 1785). Below following note appears below the oval:

Sketch’d by Humphrey & Spoil’d by Gillray. Dedicated to all Lovers of your bold, Masterly Touches & Publish’d Novr. 1st. 1781 by J. Gillray to show the bad effect of Cobbling & Altering.  “Fool that I was, thus to Cobble my Shoe”

A second state also exists in which the image has been defaced with a series of scratches gouged into the copperplate. It’s not clear whether the two editions were published simultaneously – emphasising the supposedly disastrous consequences of Gillray’s excessive tinkering – or separately one after the other? It’s possible the scratched edition was published at a slightly later date and that the damage was added to the plate in order to make the joke obvious to those with even the most limited understanding of aesthetics and the art of engraving. Either way, it appears that enough copies of both states were published for editions to have survived in several public and institutional collections. [3]. 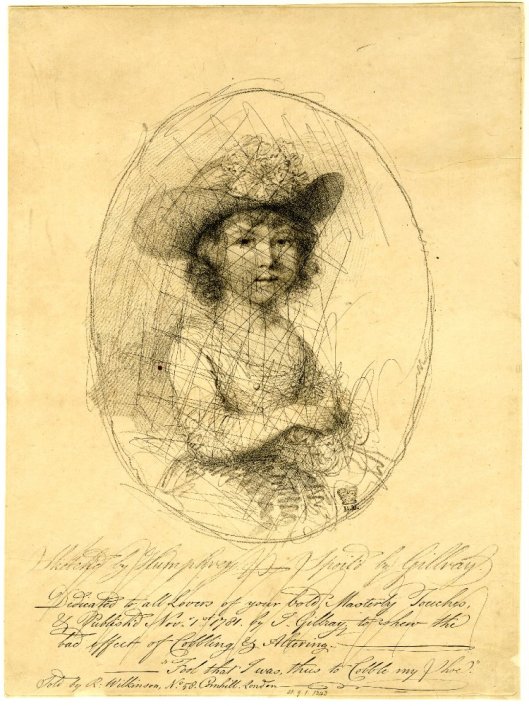